Were you looking for Scott Cawthon boss or Scott cawthon Character?

Scott Cawthon is the developer of Five Nights at Freddy's World and is part of Hope Animation.

Scott Cawthon lives in Texas and is a part of a Christian animation group called Hope animation which strives to give out Jesus Christ's teachings in animation by making religious animations. His main career is to make games. He had made several before making the popular indie horror series, which has won two FEAR awards, although not a lot can be found on his main website Scottgames.com.

A number of Scott's games are on mobile platforms, which can be found on the pages below:

Scott talking to the player 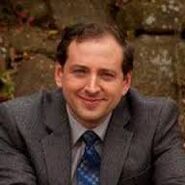